Congratulations to Ilkley Town Girls on Division One League Win! 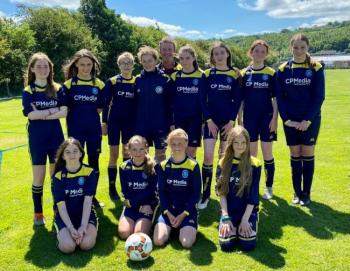 We're incredibly proud to sponsor and support local girls' football teams, and would like to congratulate Ilkley Town U13s for their successful season which resulted in them winning the Harrogate Junior Girls Division One title.

The girls first formed two seasons ago as U11s for their first full season with the majority of the girls playing football for the first time. They have progressed the last two seasons and managed to continue after lockdown to secure the U13s Division One title after several close games in the run in to the end of the season. It's been a fantastic team effort all round from a group of local girls who have all worked together and developed as a squad over the last few seasons.

Click the link below to read the full story in the Ilkley Gazette.