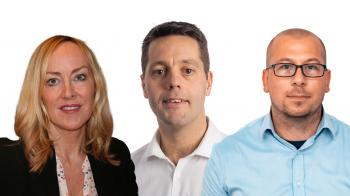 CP Media has appointed three new directors as it prepares for its next phase of growth.

Rachel Davies, Ed Armstrong and Richard Eccles join the board following a 40% increase in group revenues in the 2021 financial year.

“Rachel is the most experienced and successful regional airport advertising manager in the UK. Her promotion to the main board will strengthen both the company and the management. Ed has been with us for many years and now runs one of the most successful marketing departments in our industry. Richard has done outstanding work for the entire group over the last 10 years and thoroughly deserves this promotion. He has been my successful number two almost since the beginning and we wouldn’t be here without him. He is a vital part of our future growth.”

CP Media was named one of the 50 fastest growing Yorkshire companies by law firm Ward Hadaway and number 78 in the UK in the top founder-led private businesses of 2022, awarded by FEBE Growth 100.