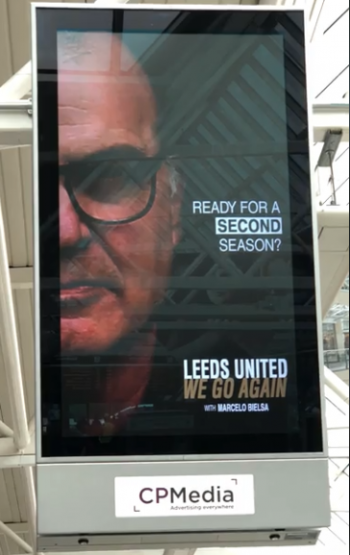 Leeds United has made a big statement with its latest announcement that manager Marcelo Bielsa has committed to the club for the 2019-20 season.

Digital screens across the city centre bus station confirmed the news that Bielsa will stay on as the head coach directly to its fans, becoming the first to manage Leeds in successive seasons since the departure of Brian McDermott in 2013-4.

Leeds United went live on the new D6 digital screens from 12 noon for one day only to broadcast the big announcement ‘Ready for a second season?’

The news coincides with a landmark season for the club, as it will also celebrate its centenary in 2019/20.

Thanks to The Ark Design for working with us on this campaign.